The dream horizon is open Now it is up to us to turn those dreams into reality - Dr. Andrey Kovatchev 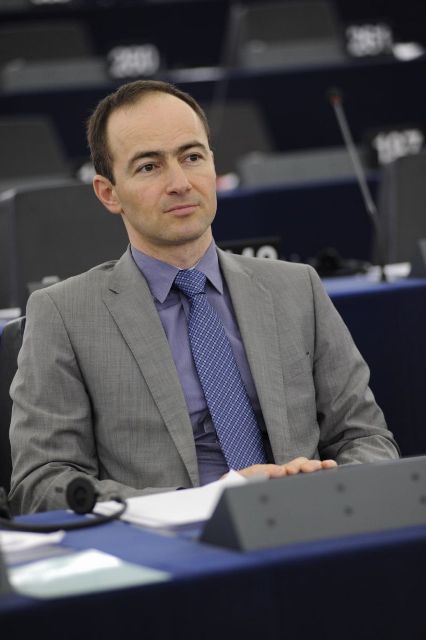 The subject of the Unification of Germany can be viewed from different perspectives – historical, political and personal. Although here I stand in front of you as a politician, it is the personal aspect I would like to choose and present to you the viewpoint, though not impartial, of a man from Eastern Europe belonging to the generation that was in its 20s when the Berlin wall ceased to exist and Germany was reunited. This is the position of a man who spent his first 20 years in a closed country and system, whose sight could hardly reach beyond the wall. Not only was it a physical boundary associated with barbed wire, military dogs and Kalashnikov rifles, but also a clear-cut psychological one. Here I stand as a man who had the possibility over the following 20 years to study in Germany, accumulate experience there and later take political responsibility in his own home country and in Europe. But this is also the perspective of a man who is aware of the weighty responsibility of preserving our common achievements.

The Berlin Wall was not just a geographical boundary between the East and the West. It was a symbol of the constricted horizon of our dreams. Back in those years, travel beyond the Wall was a dream rather than reality. Today we learn the names and fates of the people who perished trying to escape, as well as the most incredible ways they used to cross the Wall.

We had a Wall of our own, too – the Bulgarian border. In Bulgaria, we all knew that “illegal crossing” of the borders with Yugoslavia, Greece or Turkey was a highly dangerous undertaking and nonetheless, there were people who tried to do it. Not only Bulgarians, but many foreigners as well – Germans, Poles, Hungarians, Czechs, Slovaks and Romanians.

The Wall was brought down on 9 November 1989 to pave the way for unification – first that of Germany and later of Europe. I remember the date of 9 November very clearly. My mother happened, by a twist of fate, to be on a business trip to East Berlin and had a chance to share this fateful night. She told us over the phone of the immense joy of Berliners on both sides of the Wall. For me, the fall of the Berlin Wall was quickly overshadowed by the event that happened on the following day – 10 November, the day when the resignation of the longtime Bulgarian communist dictator Todor Zhivkov was accepted. Little light did international press shine on the events in Bulgaria, but for us, the people in Bulgaria, it had historic significance. For my generation, the two events in effect brought down the symbolic wall that occluded the horizon of our dreams. The Reunification of Germany is an event that makes a difference not only for German history. It also opened the way for the unification of Europe to build a common European identity. This shift came with exhilaration, but also with many hardships. It created new perspectives but also confronted us with new challenges.

What was the aftermath of the reunification? Realists, advocates of 19th-century geopolitics, argued that the unification had reshuffled Europe’s geostrategic map and fear unified Germany. But those fears have been overcome by means of European integration, which made it possible for Central and Eastern European nations to join the EU. I hope that a lasting and successful policy is the one pursued by idealists, not realists. To be more precise, when idealists’ dreams are in line with the dreams of most of the society, realists must keep quiet.

The unification has opened new opportunities and prospects – both for individuals and individual countries and societies. Probably everybody can give examples from their own experience or their country’s history. At least as important as personal success is the sense of Europe’s unity, restored after centuries of division, wars, and totalitarian regimes. It is a sense of community that extends beyond all geographical boundaries. It is a feeling that smaller nations are no longer victims of the Great Powers, but equal members of a community whose aim is not profiteering of some to the detriment of others. Europe must seek a balance between solidarity and responsibility. This will lead to the creation of a shared European sovereignty, which, I believe, is vital for our continent if we want to tackle global challenges.

The reunification of both Germany and Europe taught us that it is also a means of understanding the past and a path to reconciliation in a society. There is almost no European nation that did not go through a period of some sort of dictatorship in the 20th c. These are dramatic historical periods when radical ideologies divided people pitting them against each other; a time when not everybody managed to stay true to the highest human values; periods we would rather have never seen and would rather forget quickly. But it is the sense of community that gives us the strength to look back critically at our own past so that we avoid making the same mistakes again. In this regard, Germany is perhaps one of the best examples, as it managed to set the standard that societies which have been through various dictatorships can use to look critically at their past.

Freedom has brought the feeling that the horizon is open, but not everybody can reach it. The sense of community has been followed by a feeling of menace – coming from immigrants, from minorities, from free movement of individuals. This has prompted many people to turn to the old cosy haven of nationalistic ideas. Globalisation has brought along isolation and fears that European integration might replace national identity. In a nutshell, all this has fuelled the new rise of nationalism in many European countries.

And this, essentially, is what the challenge we, politicians, are facing. Our task is to explain the advantages of a united Europe to as many people as possible and convince them that European solidarity is not a hollow phrase but a real possibility. A strong and citizen-centred Europe needs European identity, which unfortunately is still getting off the ground just yet. Only if we feel Europeans, while still keeping our national and regional identity, can we fast-track the development of the European project towards an economic, financial and political federation. Global development will force us to do so. Even the greatest EU-pessimists will have to admit one day that unless we are united, we risk marginalization. Other regions in the world will not wait for us. This is the message we must convey today, in times of an economic crisis, when there are quite a few voices that the remedy is a new division instead of unification. The Reunification of Germany and unification of Europe allowed us to dream. Now it is up to us to turn those dreams into reality. (consise)

The press release in Europost 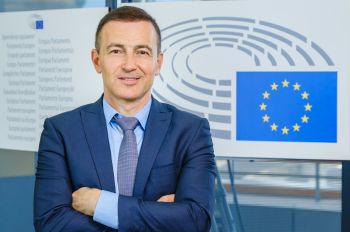 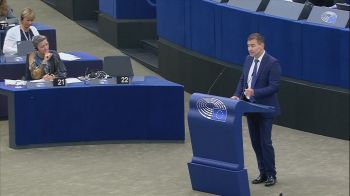 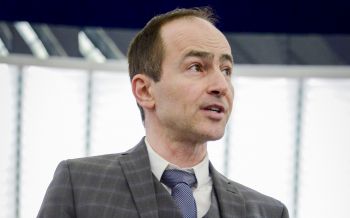 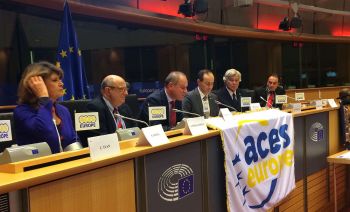 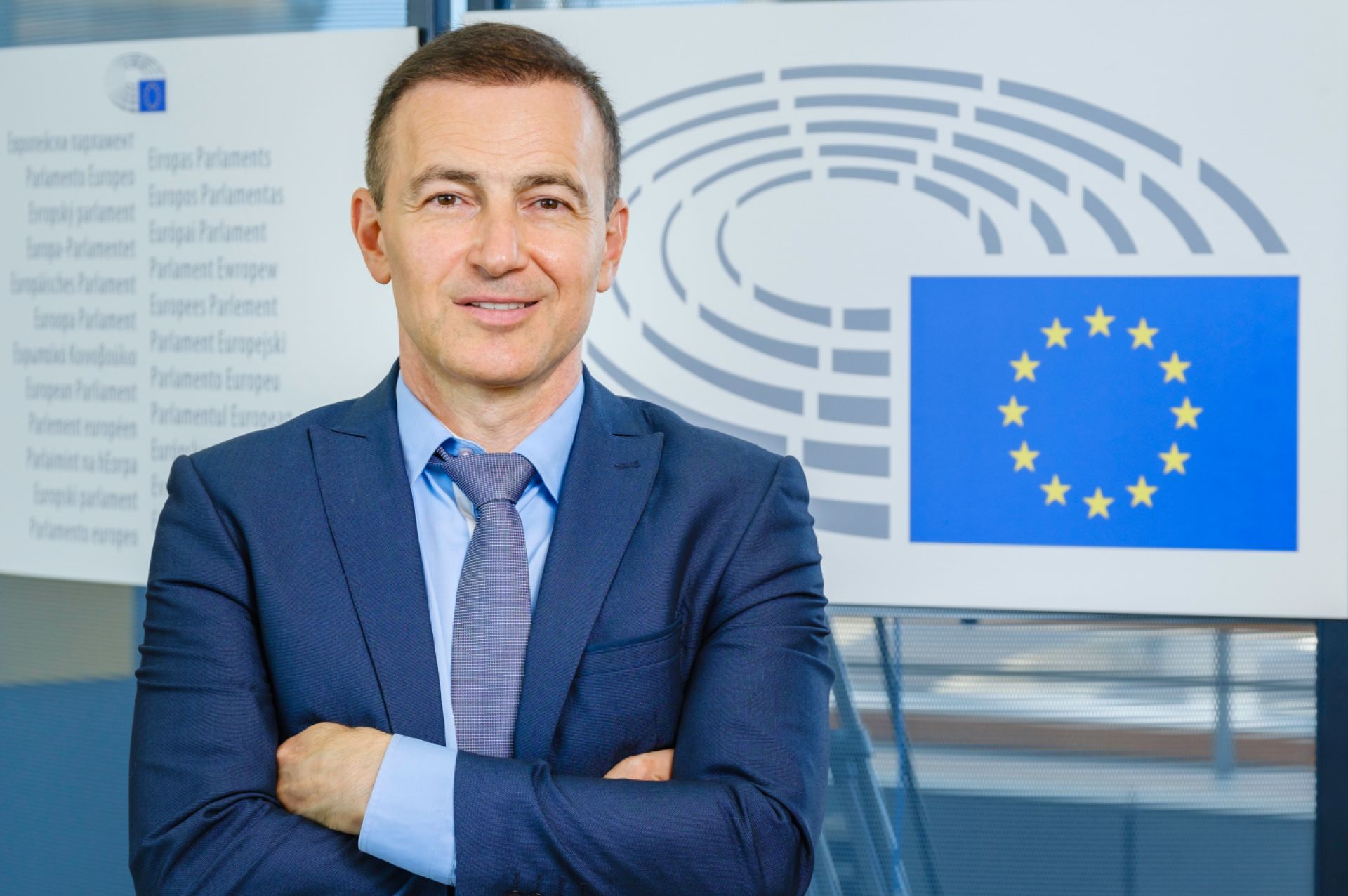